Looking for the best Cydia sources to install cracked apps on your iPhone, iPad, or iPod Touch? There is nowhere else to go once you have landed in this page, thus, stay here for at least three minutes and you will earn a great knowledge on how to install cracked apps and games with Cydia. Now that the iOS 6 unthethered jailbreak is stable and it is absolutely safe to install some awesome free apps to your iOS devices. So, are you ready for the best Cydia sources to install free apps? 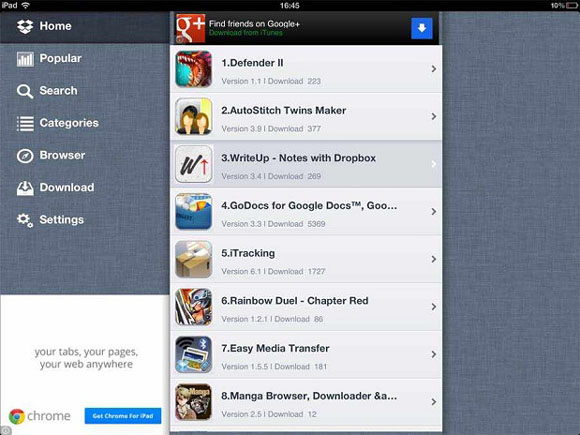 iPhone Cake has something really awesome to a true jailbreak user although we did not include iPhone Cake repo in our Top 10 Cydia Sources list. This Cydia source is constantly receiving good feedback from jailbreak users not just because of free games but also free apps and tweaks that allow them to upgrade their iOS device experience. Here comes the main point, iPhone Cake host AppCake – one of the best Installous alternatives. You can find tons of cracked apps in AppCake listing and they are sorted by popularity and categories. For those who wanted to try out an app from Apple store before decide to buy it, you can install AppCake and test the app to avoid wasting money for useless apps. The only not-so-good thing about AppCake is the sponsored advertisements which make some of the users feel irritating but that is how they survived right? 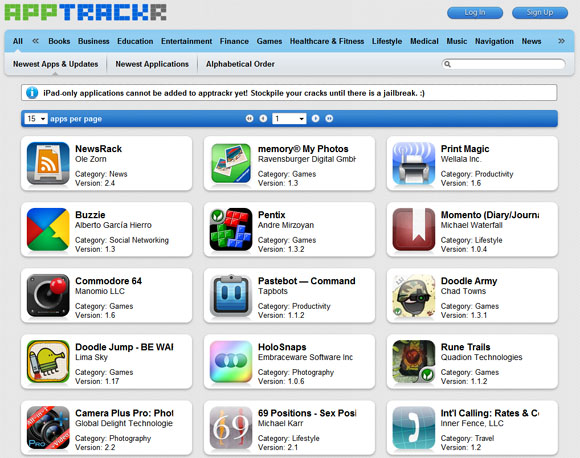 There are many jailbreak users feel sad after they found out Installous has been shut down because they think the day will be dark for them to download cracked .IPA apps for their iOS devices. However, Apptrackr make their day brighter again and this time is even better. Apptrackr works faster compared to Installous because of its brilliant interface design and a search function (in Cydia world) that works as powerful as Google. You can search for an app in any way you prefer. Besides, if you do not know what is the best apps to be used, you can filter the search result by popularity and sorted by categories. 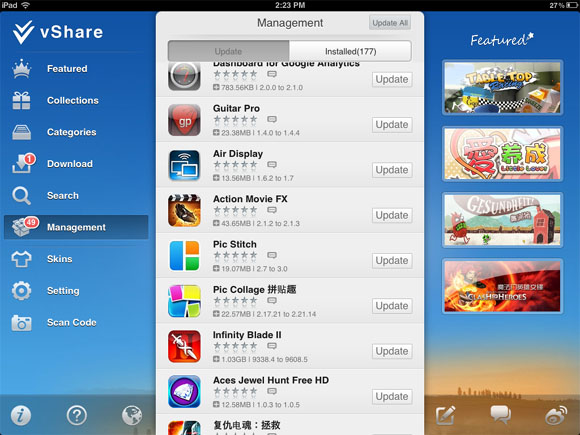 Last but not least, the Appvv. Appvv is not really a popular Cydia source but it hosts a very famous app which is vShare. vShare is something that jailbreak users have long been waiting. It is well recognized as the best Installous alternatives to install cracked apps. The user interface is awesome because users tend to update all cracked apps which they have previously downloaded using Installous. As you can see from the screenshot above, it has a few featured advertisements on the right hand side. Some users might feel it is annoying but who cares? Isn’t it allow us to install cracked apps in a very convenience way?

TopCydiaSources.com is not affiliated with any websites, repositories, or apps featured in this article. We strongly recommend you to buy the app and support the developers if you really like it very much.