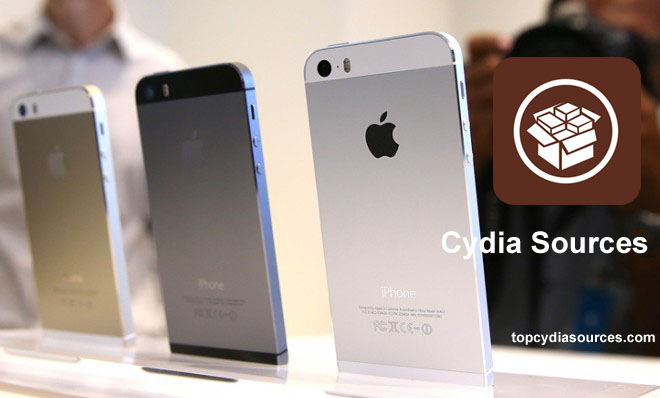 In jailbreak community, Ryan Petrich is one very influential mobile apps developer. This repo gives iPhone and iPad users a lot of useful jailbreak tweaks and also iOS 7 themes. VintageKeys is one app that worth to be mentioned here.

Pushfix repo has been in the market for a period of time. It is not surprise if you’ve never heard of it. However, there are a few awesome apps and tweaks available in this app that is worth to give a try, for example, TCP Optimizer.

HASHBANG Productions, argh, what a long name to use as a Cydia repo. But, this is an essential repo for Cydia users especially those who want to try beta apps. This repo hosts all the new iOS 7 apps and they are available in beta version. To add it, simple enter the repo url here.

iSpazio is an awesome Cydia repo made in Italy. The English version is available. This repo provides tons of free Cydia tweaks, games, themes, mods, and others for iOS 7. Try some of the famous apps such as Abstract Apple, Apple Diamond, Artist SMS, and Apple Wi-Fi Icons once you have download this repo.

Steffwiz and PwnCenter sources are like identical twins. Just like other repos, it offers many great apps to Cydia users. To install this repo, enter the following URL to your Cydia repo.

FilippoBiga is hard to pronounce but this is a new Cydia repo that worth to install to a jailbreak iOS device. There are some apps available in this repo where you can use them to change the icons of apps. You can also find some interesting apps that allow you to customize your lock screen, status bar, folders, and many more.

iClarified repo has been in the market since 2008. With more than half a decade in the jailbreak world, this repo is now serving thousands of users. You should try it now if you have just download Cydia to your iOS 7 device.

iHacks repo is one indispensable Cydia sources because it hosts a very popular app, Zeusmos. This app allows you to download paid apps for free. With only this reason, iHacks repo is a must for anyone to try.

This is one of the default Cydia sources when you download Cydia to your iOS device. It is developed by the founder of Cydia and if you delete this repo by mistake, you can add it again with the repo URL below.

What do you think of when you see the name of this repo? iCleaner Pro? Vacuum cleaner? Yes, iCleaner Pro is a repo that helps you to detect and expel unnecessary clutter from your iOS device. Clearing unwanted apps and tweaks will free up more space for other stuffs and make your iPhone, iPad, or iPod Touch work faster.