You will need at least 3 of these Cydia sources if you have recently upgraded to iOS 9 or iOS 9.1. With these top Cydia sources, you can download many free apps and games to your iPhone, iPad and iPod Touch after jailbreak. For those who have not yet jailbreak iOS 9, you can download Pangu Jailbreak Tools for iOS 9.0-9.0.2 to jailbreak and install Cydia right away. The latest stable version is Pangu Jailbreak v1.0.1. This version is able to jailbreak iOS 9.0.1, iOS 9.0.2 as well as the latest release iOS 9.1. Once you are jailbroken, check out the best Cydia sources and repos that work for iOS 9.

See Best Cydia Sources to Install Cracked Apps if you are hunting cracked apps for iOS 9. 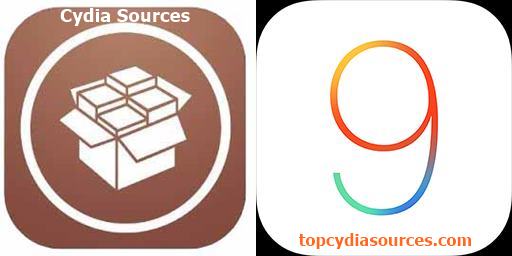 iMokhles is one of the newest Cydia sources in 2015. It has never been mentioned before in TopCydiaSources. This repo has a few apps that brings you 3D Touch functionality. It is very useful for older iOS devices such as iPhone 4S and iPhone 5.

Since Karen’s Pineapple repo was released, it was mentioned frequently on many websites on the internet. This is because it is one of the best Cydia sources for iPad and also iPhone. iOS users who want powerful system utilities need to add this repo and install apps such as SafariSaver, IneffectivePower, PreferenceOrganizer2 and AppSync Unified. This repo also known as Angelxwind repo.

In iOS 9 jailbreak, there are a lot of new Cydia repos were introduced, Philip Wong’s Repo is one to be mentioned. This repo gives you a lot of packages that speed up your iOS animations and home button response. It also has an app, BioLock Slider that replaces lockscreen slider with Fingerprint Sensor. On top of that, there are tons of free apps that allows you to change the theme and icons on your iOS 9 device.

xSellize has been around for a long time. The community behind this repo is growing every day. If you want a Cydia sources for SNES Roms and Emulator, xSellize is the repo you need. Besides, you can also install AdBlocker from this repo to block all advertisements in iOS 9.

HASHBANG Productions repo gives you the access to these most sough-after apps: MapsOpener, StoreAlert, DailyPaper, BrightVol and more. These apps have been tested on iOS 9 devices such as iPhone 6, iPhone 6S Plus, iPad Air 2 and they are working on iOS 9.0.2 flawlessly.

vShare iOS 9 has been a popular Cydia source before iOS 9 jailbreak is available. It is a well-known repo for cracked apps finder as it lets its users to download paid apps for free. On the other hand, it also hosts a few apps that allow you to customize your iOS 9 device such as Winterboard and Dreamboard.

HipStore is one of the biggest cracked apps provider for iOS users. Many paid apps, games, themes and ringtone can be found in this repo.

iCleaner Pro is a package developed by an Italian developer Ivano Bilenchi. It is made for iOS users who want to monitor storage and wasted space on their device. It is a very powerful app for you to analyze and remove unused files, cache stores, and redundant files. Once everything is clean, you will feel your device runs faster. So far, it is one of the best Cydia sources for iOS 9.

Other than the above mentioned repos, the six default Cydia sources are also a great choice to hunt for free iOS 9 apps especially BigBoss repo.