HackYouriPhone repo has Awesome Cydia apps that even Apple is jealous. Apple indirectly put a ceiling on all the iOS devices by setting a lot of restrictions. This move has forbidden developers from creating apps to fully utilize the power of an iOS device. It is also one main reason why people regularly wish to jailbreak their iPhone, iPad, and iPod Touch. With HackYouriPhone repo, you can definitely find apps, tweaks, mods, and games that you have always been dreaming of using them. It is a must to get your hands on HackYouriPhone repo and find out the reason why it is regularly nominated as one of the best Cydia repos.

Initially, HackYouriPhone repo is famous in Italy because most of the developers are based in Italy. But now this Cydia repo has gain a world attention due to some of the themes it hosts, for instance, Dreamboard themes for iOS 6 and iOS 7. In short, it provides a wide range of apps for all kinds of iOS device.

How to Add HackYouriPhone Repo to Cydia

The way to add HackYouriPhone repo to Cydia is like how you normally add other Cydia repositories. Unlike other Cydia sources, HackYouriPhone often update from time to time to provides their users the latest apps on this planet. To add this repo to your Cydia, it can be done in few easy steps. 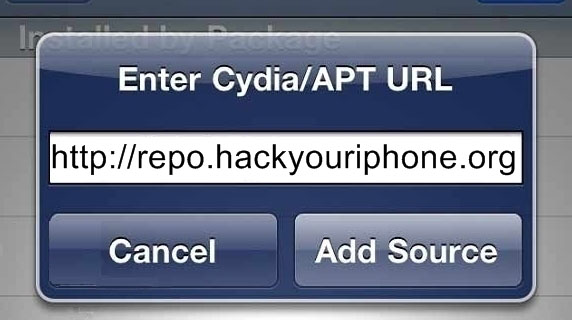 Almost everyone love their iPhone and they text almost everyday. biteSMS is an app that allows you to text with more features. You can add smileys, icon, signatures and more things in your reply. Besides, biteSMS also comes with many additional features such as Quick Reply, Privacy, Easy Pick, and more. Can you believe biteSMS is free to download with so many awesome features?

Birthday reminder is one of the most important things in our life. It is very bad if you forget someone’s birthday. iBirthdays is the app that alert anyone’s birthday in your contact list.

iBlacklist is an app for popular person. If you often receive weird calls or text messages from some numbers you are not familiar with, you can use iBlacklist to block all these unwanted calls and messages.

FolderEnhancer is one great app in HackYouriPhone repo. It makes all iOS folers better and easier to handle. For those who have a lot of apps or tweaks in their iOS device, just download FolderEnhancer and things will become easier. FolderEnhancer lets you create folders within folders and allow you to place folders on your dock.

Disclaimer: Topcydiasources is not affiliated with any of the mentioned apps or Cydia repositories. We do not support piracy and this article is purely for information purpose.