Let’s get the engine of this website started with Top 10 Cydia Sources. Many readers love to read top 10 news but not many writers prefer to write top 10 things because it is not easy to pick 10 best things out of thousands. Today is the first day of TopCydiaSources.com launch, I’ve spent a few hours on the internet as well as on my iPhone and iPad to sort out the 10 best Cydia Sources. Only the best earned a seat in the list below although there are more than 10 Cydia sources that work very well on a jailbreak device. Here you go! 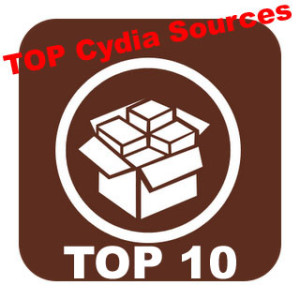 xSellize is the top choice for jailbreak users who are into emulated games. This is the best cydia source for ROMs. It hosts a list of ROM games from A to Z. Any games from the 1980s, 1990s, and 2000s can be found from this repo. All you need to do is download an emulator you prefer – Game Boy, Nintendo 64, NES, or Sega, and then download the ROM to play from your emulator. Besides it is the biggest game repository, xSellize also hosts tons of Cydia tweaks and apps.

Hackulous is a repo that most of the jailbreak users will know. One of the most popular apps if Installous which allow jailbreak users to install cracked apps for free. However, it is now discontinued but this repo still offers a huge range of tweaks and apps including free themes and mods.

Big Boss… It has to be here in the top 10 Cydia Sources list. Any reason? Of course! Big Boss provides hundreds of tweaks and mods to Cydia users until their server always overloaded.

Don’t be sad if you miss Installous. Now you can install cracked apps with Apptrackr and it is even faster! Everything loads up within milliseconds once you select an app. The interface of Apptrackr is clean, simple, and well-organized.

Perhaps a big group of iDevice users jailbreak their device because of ModMyi. This repo allows you to modify your iDevices in a cool way that Apple does not allow. You can change the theme of your iPhone; set any image as the wallpaper in your iPad; load thousands of ringtones to your iPhone. Whatever you imagine to do with your iDevice, ModMyi has the way to do so.

Again, this is yet another awesome Cydia source to install tons of cracked apps. There are times when we feel regret after buying an app from Apple Store. With Sinful iPhone, you can download any cracked apps to try for a few days. If the app is really cool then only you buy it from Apple Store.

HackYouriPhone is one Cydia source that you can’t live without if you love to install nice themes, beautiful wallpapers, customize ringtones, and unique mods. With this repo you can customize your iPhone, iPad, or iPod Touch in any way you want.

This repo is originally from Italy. It offers many free packages, apps, and tweaks to Cydia users and allows them to modify their iDevices. BiteYourApple is considered as one of those all-in-one repos. Thus, you must give it a try for sure!

Insanelyi is a cool Cydia repo that allows you to customize your device in a lot of different ways. Currently, there are more than 8,000 packages available in this repo and they are increasing over the time because there is a big group of people working behind it.