Here’s the list of best Cydia sources or Cydia repos for iOS 7 to iOS 7.1.2. These Cydia sources are the door to the best Cydia apps, tweaks, themes, games, mods, cracked apps and many others. In order to customize your iOS 7 iPhone, iPad or iPod Touch, it’s vital to know what apps to download and which repo has the app you want. For those who are using iPhone 4S, iPhone 4, iPod Touch 5th generation, iPad 2, iPad 3, iPad Mini first generation or other iOS 7 devices, you can check out the list of best Cydia sources for iOS 7 here. Each repo is very popular for iOS 7.x. 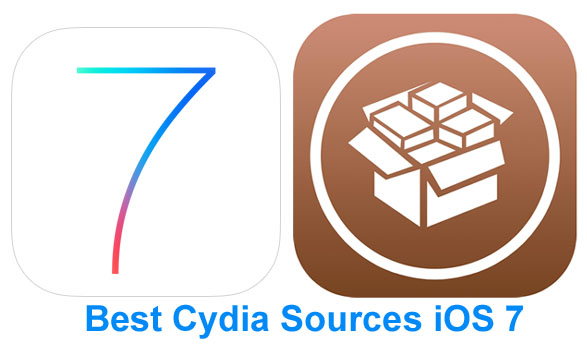 Since iOS 6, BigBoss has been voted as the best Cydia sources because of the number of apps, games, mod and tweaks available in this repo. In addition, BigBoss is also one of the default Cydia sources meaning you will get it automatically if you jailbreak iOS 7 with Pangu. For those who want to add BigBoss repo you can add http://apt.bigboss.org.

Whether you are using iOS 7.1.2, iOS 8, iOS 9 or even iOS 10, HackYouriPhone is a must-have Cydia source. There are too many awesome Cydia apps in this repo, for instances, Dreamboard themes, biteSMS, iBirthdays, iBlacklist, FolderEnhancer, AdBlock, LinkTunes and many more. LinkTunes is one cool app allowing iOS users to download free songs from iTunes store. Add HackYouriPhone repo via http://repo.hackyouriphone.org and start to explore your dream apps.

With at least 5,000 apps and tweaks available, many iOS 7 users voted Sinful iPhone as the best Cydia sources for iOS 7.1.2. On top of that, Sinful iPhone repo also hosts SNES Roms and Emulator. It’s a fantastic source for those who want to play NES or SNES games on iPhone, iPad or iPod Touch. Other popular apps come with Sinful iPhone source are Zephyr, Springtomize, Iconoclasm and more.

AppAddict is considered as the most important Cydia sources. With AppAddict repo, you can install cracked apps, free iPA files as well as cracked games on any jailbroken iOS 7 devices. The benefits of using AppAddict is limitless therefore you should try adding it from appaddict.org/repo.

Compared to other sources, AppVV doesn’t host a lot of app but it deserves a seat here for iOS 7 devices. AppVV is the repo for a vShare, a very powerful app that gives you all kinds of cracked apps, games, ringtone, tweaks and mods. To download AppVV repo, simply add repo.appvv.com.

Ryan Petrich repo URL is rpetri.ch/repo/. Add this repo and you will find many amazing Cydia apps such as Activator, DisplayRecorder, BrowserChooser and others. Ryan Petrich doesn’t has a lot of apps for iOS 7 but every app is built with quality. Each app is very useful for every iPhone user.

This repo doesn’t require you to bite your iPhone, iPad or iPod Touch. However, it bite your iOS 7 by giving you tons of excellence apps. Movie Box is one to be mentioned. With MovieBox, you can watch unlimited HD movies, TV shows, or music videos for free. You can also use Movie Box to download your favourite movie to your iPhone or iPad and watch it later. Instead, you can also stream any show such as Olympic events. BiteYourApple repo URL is repo.biteyourapple.net.

From A to Z, there are hundreds of Cydia sources for iOS 7 to iOS 10. Other than the listed above, you can also consider to add iSpazio (repo.ispazio.net), Insanelyi (repo.insanelyi.com), ModMyi (apt.modmyi.com), and iHackstore (ihackstore.com/repo). Last but not least, check out Best Cydia Sources for iOS 8 if you have upgraded.