In jailbreak society, almost 100% of jailbreak users install AppSync to their iOS device. Why? Does it really that important? Yes it is. Every time a user buy an app from Apple App Store, the app is will be signed by Apple and it can only be used on the signed iOS device. This is to prevent someone copy the app and use it on other device. It is not going to work if it was not signed. The same concept goes to jailbreak apps. All jailbreak apps are not signed hence we need an app like AppSync to sign them in order to be able to use on a jailbreak device. In short, AppSync is the magical pen that signs all the cracked apps. Without AppSync, it is impossible to install cracked apps with AppAddict, OpenAppMkt, AppCake, vShare, Zeusmos, Kuaiyong, and other similar portal. Without further delay, let’s check out how to download and install AppSync on iOS 7. An iPhone 5S running with iOS 7 has been tested and it works flawlessly.

Step 1: First of everything, jailbreak is a must. Please jailbreak your iOS 7 device and download Cydia. Open Cydia and go to Manage -> Sources -> Edit (located at top right). 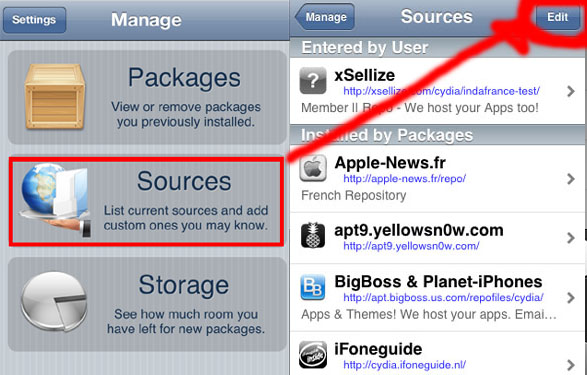 Step 2: Tap on the Add button as shown in the image below. You will see “Enter Cydia/APT URL” text box appear. This is where you need to put AppSync repo (some called it AppSync source). There are many repo available for AppSync 7+ because it is a very popular Cydia repo. From A to Z, this is a list of working repo to install AppSync 7+ on iOS 7. 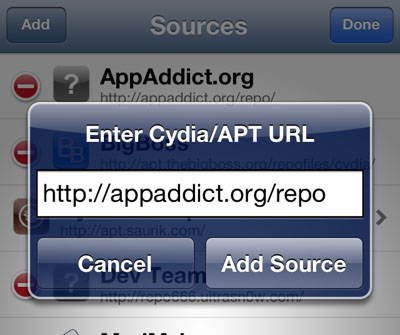 Pick one AppSync repo you prefer. Enter it into the “Enter Cydia/APT URL” text box and tap Add Source to continue the installation. 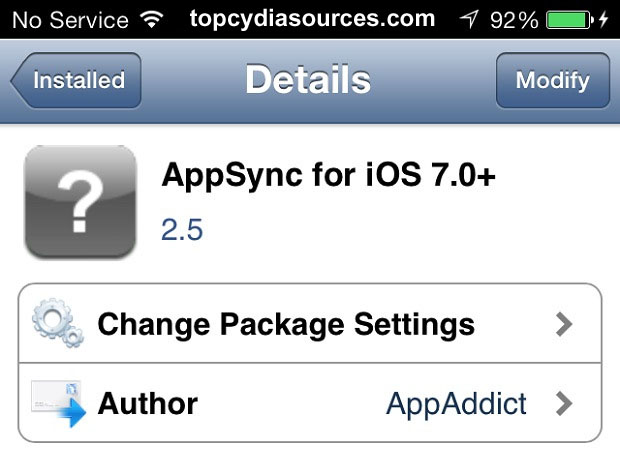