What’s the point to jailbreak your iPhone 6 or other iOS 8 devices if you don’t know what are the best Cydia sources for iOS 8, 8.1, and 8.2? Of course, there are many Cydia sources available for iOS 8 but not all of them are hosting great Cydia apps. A great Cydia source or Cydia repo will lead you to hundreds of cool Cydia apps. Hence, adding the right Cydia sources will save you a lot of time in finding the tweaks and apps you want. Generally, most of the apps and tweaks available in the Cydia App Store are free but you have to access to them through the right Cydia sources. Now here are the best Cydia sources for any iOS 8 devices. They are voted the best for 2014 and they will remain their seat until 2015. Before you begin, you may follow these steps to jailbreak and download Cydia to your iOS 8 device in order to enjoy free apps. 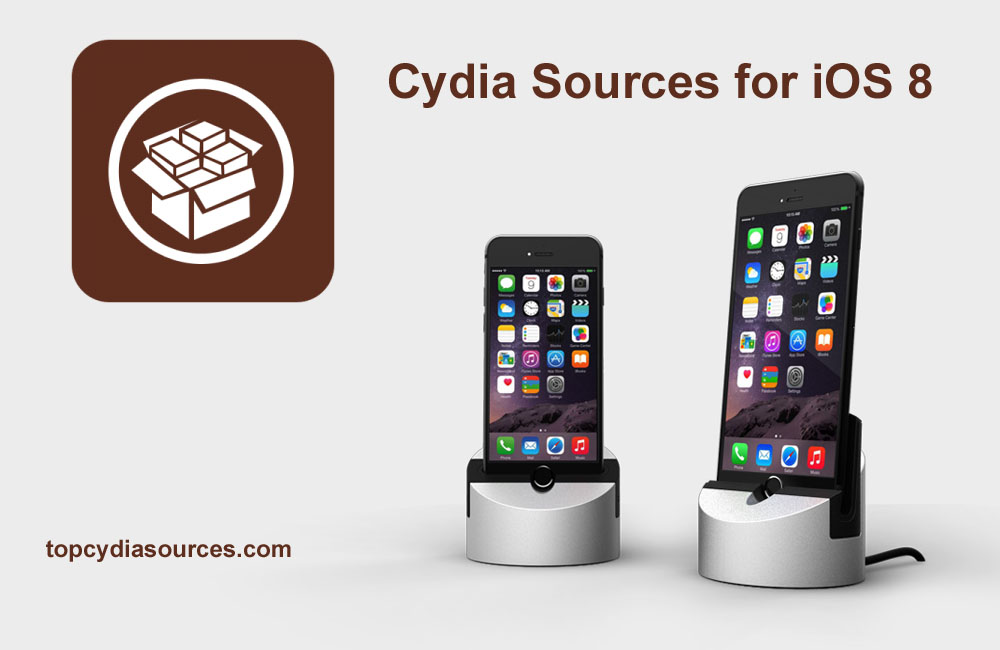 Anyone who has been using Cydia since iOS 7 will know the BigBoss repo. BigBoss is one of the default Cydia sources when Cydia was released. It has been in the market for at least 6 years and thousands of free apps, tweaks, hacks, games, ringtones and others can be found with BigBoss.

ModMyi is one of the best Cydia sources that hosts the best jailbreak apps from A to Z. Many iOS 8 users jailbreak their iPhone, iPad Air 2, and iPod Touch because of the attractive apps and tweaks available in ModMyi.

ZodTTD & MacCiti repo is yet another default Cydia sources. It is already available in your iOS 8 device once you jailbreak it with Pangu jailbreak tool. ZodTTD repo is famous for hosting games as well as emulators.

Ryan Petrich, or simply known as RPetri is a Cydia repo that gives iOS 8 users different kind of themes. iOS 8 users can customize the look of their iPhone or iPad with this repo. VintageKeys is one great Cydia app to be brought up here.

Karen’s Pineapple is a new Cydia repo for iOS 8 users. Currently, there are 235 packages available in this repo and they are related to games, themes, tweaks, translations and much more. iCleaner, 88888888, mikoto, PreferenceOrganizer 2, SafariSaver and iSwipe are a few apps to be mentioned. Popular Cydia themes for iPhone and iPad include DogFan Wallpaper, LTE indicator, and Internal FB Icons.

ParrotGeek repo is a new comer and it was released just a few months before iOS 8 jailbreak is available. This repo comes with a few very useful Cydia tweaks such as Siri Old Voice and Adrenaline. It has been added to the Cydia repositories list.

HackYouriPhone repo has been in the Cydia world for a few years. It is often regarded as one of the most important Cydia repos in the top 10 Cydia sources list. Beautiful Cydia themes, wallpapers, and unique mods can be found with HackYouriPhone repo.

iPhoneCake repo is one of the best Cydia sources for game hacks. This source hosts many games from the 80s and 90s. You can also find the latest games and download it to your iPhone 6 or iPad Air with this repo.

Lastly, you may follow the tutorial to learn how to add a Cydia repo if you are new to jailbreak world.