Your iPad is basically just a normal tablet if you don’t install any apps or tweaks on it. There are millions of iPad apps available out there but a useful app often comes with a price tag and that is one main reason iPad users jailbreak their iOS device because they want to get free apps. Once an iPad is jailbroken, you can download Cydia and access to the Cydia App Store for unlimited free apps, games, mods, themes, tweaks, and many more. With Cydia, paid apps can be use for free. Jailbreak users do not need to buy them and they can install their desired apps to their iPad just to make it more convenience to be used. However, there are still paid jailbreak apps that are useful. They are available in Cydia App Store because they are not allowed to sell in Apple App Store due to the restriction Apple imposed on their devices.

In order to access to the apps and tweaks you want for free, you will need to add the best Cydia sources. The right Cydia source is your gate to access to millions of free apps and tweaks. Now here is a list of luscious yet mouth-watering Cydia sources for all kinds of iPad available on earth including iPad, iPad 2, iPad 3, iPad 4, iPad Air, iPad Air 2, iPad Mini, iPad Mini 2, and iPad Mini 3. See how to add a Cydia repo or a Cydia Source and add them right away! 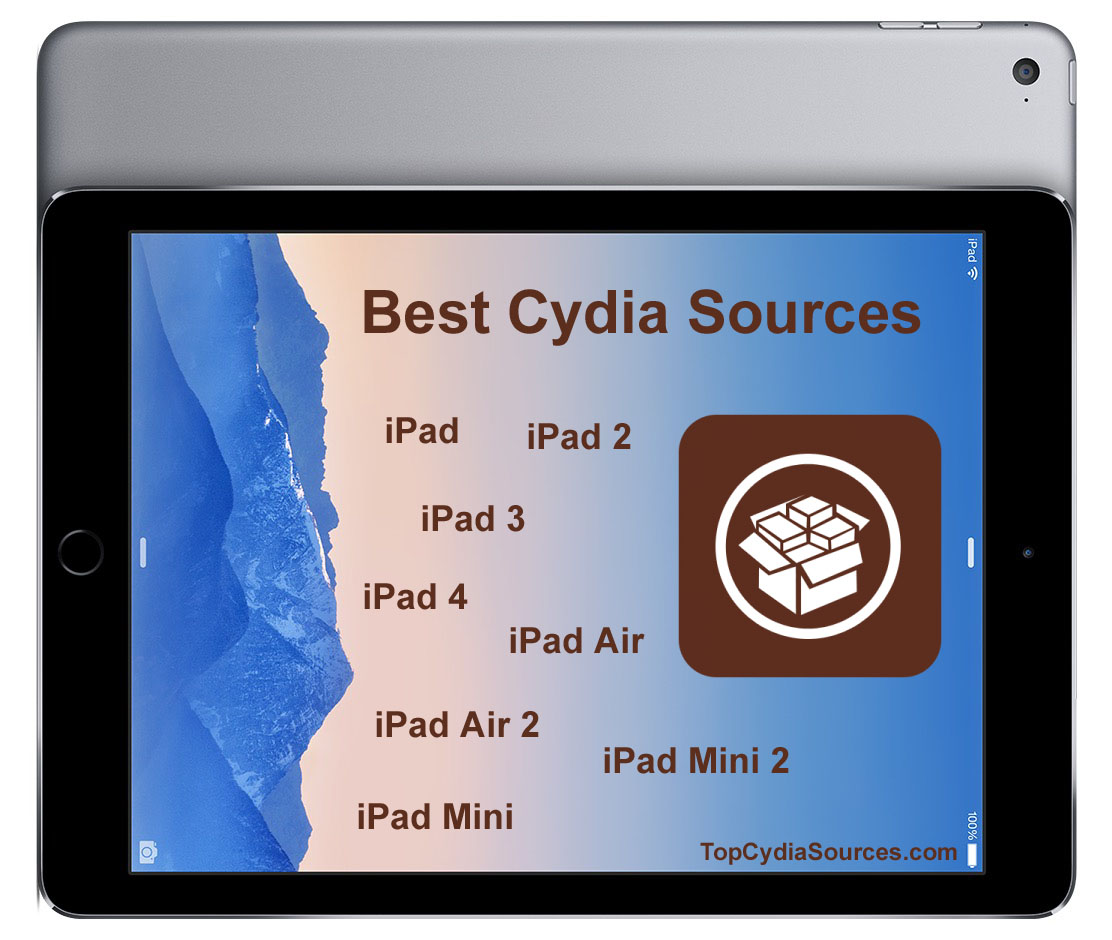 BigBoss is one of the best Cydia sources for iPad, iPad 2 or the latest iPad Mini 3. It works impeccably on iOS 8, iOS 7, iOS 6 as well as a few previous iOS versions. The number of apps is one reason that Saurik, the founder of Cydia, put it as one of the default Cydia sources. If you are using iOS 8, 8.1, or 8.2, you can get Springtomize 3, Activator, or SBSettings from BigBoss repo for free.

The number of iPad apps available in the Cydia App Store is not comparable to iPhone apps. However, Sinful iPhone is a great Cydia source that provides you a bundle of cracked apps for iPad include themes, games, and tweaks.

We don’t see ParrotGeek repo when iPad and iPad 2 was released. However, we have to recommend this Cydia source for iPad, iPad Air 2, iPad Mini 3 or any iPad that is running on iOS 8. ParrotGeek repo comes with some popular Cydia apps such as Adrenaline and Siri Old Voice. Both of these apps are very constructive for iOS 8 users.

How many times you have heard of ModMyi while searching for the best Cydia sources for iPad? It is N times! ModMyi is frequently mentioned in many jailbreak related websites because it is a must to do so. ModMyi comes with many high quality jailbreak apps, tweaks, games, themes, and mods. This Cydia source always up to date and you can always get the latest app for your iPad.

Except ModMyi, xSellize is yet another household name when it comes to the best Cydia sources for iPad. xSellize has been in the market since Cydia was released. At that time, the first generation of iPad was popular and xSellize already feeding iPad users with tons of awesome games. iPad screen is bigger than iPhone therefore many iPad users love to download games from xSellize repo and play them on an iPad. Until today, xSellize is still the best Cydia sources for game hacks.

Do you own an iPad and you think there is a great Cydia source or Cydia repo that we left out? Please do not hesitate to use the comment features and let us know.